Balls, waves, masses of snow, a collective, these are all examples of what Bruno Latour calls quasi- objects. They are characterised by sending out turbulence, connecting subjects and other objects and setting them in motion. Quasi-objects are active and contributory, never just passively inert. They have an ability of assembling the social anew and of catalysing it in new directions.

This is an exhibition of works by three artists - N55, Pablo Llambías and Per Lunde Jørgensen - that in ways similar to Latours quasi-objects are connected to action, time, networks and social space.

N55 was founded as a group in 1995. It has always worked from a utilitarian point of departure based on the fundamental idea that art creates meaning in actual situations in collaboration with other people. Their works are made using simple, transparent principles of construction, inviting the viewer to take part in the production of them.

Pablo Llambías' book Rådhus was published in 1997 as a hybrid between experimental prose and documentation project. It consisted of 17 small texts and 275 photographs documenting all existing town halls in Denmark one by one. His new book Zombie Rådhus is a continuation of the original town hall investigation. Many things have happend in Denmark in twenty years and the book is an attempt to convey some of these changes. The book includes a complete register of the remaining town halls based on images from Google Earth.

Per Lunde Jørgensen's new work has its starting point in swivel chairs bought on Den Blå Avis (a Danish equivalent to Ebay) using a limited search radius of 20 kilometres. This radius determines the projects' spatial area but also a specific social demography. The upholstery fabrics of the chairs have been removed and sewn onto pieces of canvas, creating a new type of object-images fluctuating between familiarity and generalized abstraction.

The title of the exhibition is taken from Bruno Latours book from 2005. It alludes to how the works are directed at the social space by being objects that actively reconfigure that space. The works question how we divide agency between subjects and objects and how what is seemingly static is sometimes transformable. 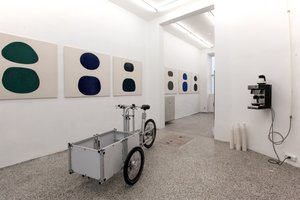 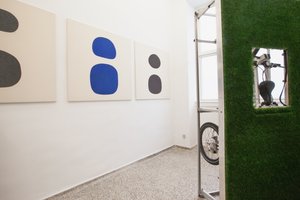 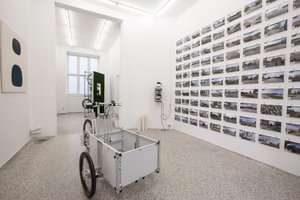 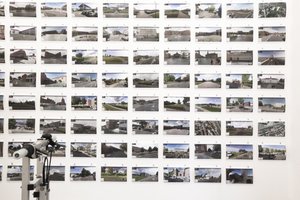 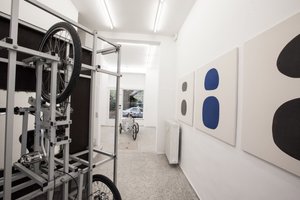 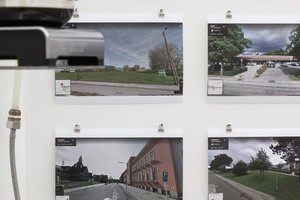